Orange Is the New Black

TV-MA | 59min | Comedy, Crime, Drama | TV Series (2013–2019)
Episode Guide
91 episodes
2:17 | Trailer
64 VIDEOS | 1206 IMAGES
Convicted of a decade old crime of transporting drug money to an ex-girlfriend, normally law-abiding Piper Chapman is sentenced to a year and a half behind bars to face the reality of how life-changing prison can really be.

Corporate bureaucracy and simmering anger work against Caputo's efforts to keep a sensitive situation under control.

Alliances shift among the prison "families" as Piscatella and his guards crack down. Poussey, Judy and Alex prefer to look ahead to the future.

We Have Manners. We're Polite.

Several futures hang in the balance as the inmates face and confront their worst nightmares; Life will never be the same again.

Along with Tom Hanks' performance as Fred Rogers in A Beautiful Day in the Neighborhood, we've rounded up some of the best biopic look-alikes.

2019 Emmys: Trending Titles
a list of 89 titles
updated 4 months ago

How Much Have You Seen?

How many episodes of Orange Is the New Black have you seen?

What Did Laverne Cox Quote to Reese Witherspoon? 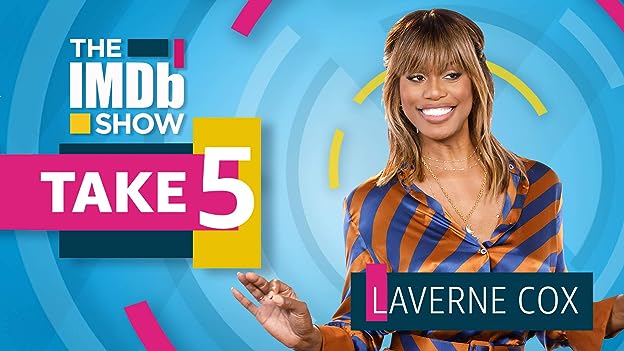 Emmy nominee Laverne Cox of "Orange is the New Black," reveals what she will miss about the show, and shares her encounter with Reese Witherspoon.

Follows teenager Clay Jensen, in his quest to uncover the story behind his classmate and crush, Hannah, and her decision to end her life.

A cynical young woman in New York City keeps dying and returning to the party that's being thrown in her honor on that same evening. She tries to find a way out of this strange time loop.

Sam, an 18-year-old on the autism spectrum, decides it's time to find a girlfriend, a journey that sets Sam's mom on her own life-changing path as her son seeks more independence.

Set in a dystopian future, a woman is forced to live as a concubine under a fundamentalist theocratic dictatorship.

James is 17 and is pretty sure he is a psychopath. Alyssa, also 17, is the cool and moody new girl at school. The pair make a connection and she persuades him to embark on a road trip in search of her real father.

A streetwise hustler is pulled into a compelling conspiracy after witnessing the suicide of a girl who looks just like her.

Privileged teens living on the Upper East Side of New York can hide no secret from the ruthless blogger who is always watching.

The apparently perfect lives of upper-class mothers, at a prestigious elementary school, unravel to the point of murder when a single-mother moves to their quaint Californian beach town.

A father recounts to his children, through a series of flashbacks, the journey he and his four best friends took leading up to him meeting their mother.

Due to a political conspiracy, an innocent man is sent to death row and his only hope is his brother, who makes it his mission to deliberately get himself sent to the same prison in order to break the both of them out, from the inside.

A family of former child heroes, now grown apart, must reunite to continue to protect the world.

A woman is rescued from a doomsday cult and starts life over again in New York City.

Piper Chapman is a public relations executive with a career and a fiance when her past suddenly catches up to her. In her mid-30s she is sentenced to spend time in a minimum-security women's prison in Connecticut for her association with a drug runner 5 years earlier. This Netflix original series is based on the book of the same title. Forced to trade power suits for prison orange, Chapman makes her way through the corrections system and adjusts to life behind bars, making friends with the many eccentric, unusual and unexpected people she meets. Written by Jwelch5742

Six of the actors from Seasons 3 & 4 appeared in Season 17 of Law & Order: Special Victims Unit (1999) - Adrienne C. Moore as Cheryl McCrae in episode 3, Jessica Pimentel as Manuela Ozuna in episode 4, John Magaro as Keith Musio in episode 4, James McMenamin as Ralph Volkov in episode 11, Abigail Savage as Nina in episodes 17 & 18, and Germar Terrell Gardner as a security guard in episode 20. See more »

The timeline of the show often changes; the first season indicates being set in 2010 (upon entering prison, Piper begs Larry to not watch the latest Mad Men without her, and Larry is shown the latest episode from season 4, which originally aired in 2010). However, season 5 references the San Bernarndino shootings, which occurred in 2015. This cannot be possible as Piper's prison sentence was for 15 months and only about a year has passed in those five seasons. See more »

Q: Will Netflix release all the episodes at once?
Q: Would they really allow a prisoner to drive the van?
Q: Where can I find the complete list of songs?
See more »

It's really sad to see a good show go this way. It has now turned into a b grade sitcom with bad acting.